Halsey: The coronavirus pandemic has been a 'whirlwind'

Halsey says the coronavirus pandemic has been a ''whirlwind'', because her life went so quickly from playing shows in front of ''thousands of people'' to being ''all alone'' at home. 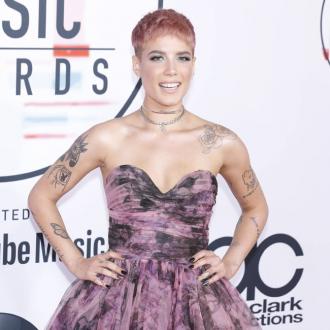 Halsey says the coronavirus pandemic has been a ''whirlwind''.

The 25-year-old singer returned home from her tour in Europe on the same day the US imposed stay at home orders to try and limit the spread of the virus, and has said she initially struggled to go from spending each night with ''tens of thousands of people'' to suddenly being ''all alone''.

Speaking to Radio Disney, she said: ''The day that I got home [from Europe] is when we all started staying inside. It was a little bit of a whirlwind at first because I went from traveling and being in a new country every day, a new city.

''I was with tens of thousands of people every night to all of a sudden [being] in my house, all alone without all of the chaos and noise. Mostly, I've just been spending time with my dog and doing a lot of cooking.''

The 'You Should Be Sad' hitmaker's comments have sparked further speculation she has split from her partner Evan Peters, as she admitted she's been quarantining on her own.

Halsey and Evan began dating in September, but were rumoured to have split in late March when the beauty deleted all trace of him from her Instagram account.

The pair are still following one another on the site, but among the significant posts Halsey removed was one from Evan's birthday in January.

She had written at the time: ''Happy birthday darling. I can't imagine a world without you in it.''

And what's more, the 'Without Me' singer has also been back in contact with her former boyfriend Yungblud.

In March, she posted a photo of her food on her Instagram Story and wrote: ''My first crack at making a Sunday dinner #YorkshireCertified. Supplies were limited.''

The British singer - who hails from Yorkshire - reposted the image and wrote: ''Can confirm.''

Halsey has not commented publicly on her current relationship status.