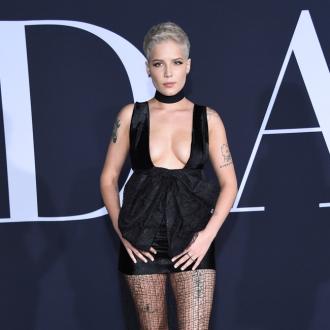 The 22-year-old singer - whose full name is Ashley Nicolette Frangipane - has admitted she was left tired and totally drained after the release of the 2015 single, which is her ''first ever'' track, because she had to keep ''revisiting'' the song ''soooo frequently''.

When the star was praised for the song, which was part of a Q&A on her Twitter account, the blonde haired beauty replied: ''Haha okaaaay. I guess I just got burnt out on it. It was my first ever single and I wasn't used to revisiting a song soooo frequently (sic).''

But Halsey has revealed she is proud of a lot of her other songs.

When asked about her favourite tracks, she replied: ''Is There Somewhere, Drive, Haunting, Sorry, Gasoline, Ghost, Roman Holiday, Hurricane, Lie, 100 Letters are my top 10! (sic)''

And Halsey believes the song 'Hurricane' from her 2015 album 'Badlands' is the one song in her discography that she thinks most ''represents'' her.

She explained: ''I think if I had to represent myself in 1 song of my discography it would be hurricane. I was in such a pure state of mind when I wrote it (sic).''