Halsey and Marshmello to release new song this week

Halsey has announced a collaboration with DJ Marshmello is arriving on May 1. 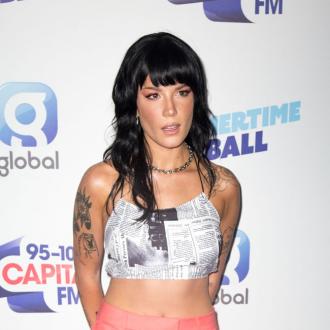 Halsey and Marshmello are set to drop a new collaboration this week.

The 'Graveyard' singer and the anonymous DJ have posted a visual of a flower on their social media profiles, and simply teased the currently untitled song will be released on May 1.

The track follows Halsey's latest LP, 'Manic', and Marshmello's recent collaborations; 'Tongue Tide' with Yungblud - Halsey's ex-boyfriend - and blackbear and 'Been Thru This Before' with Southside featuring Giggs and Saint Jhn.

The new song comes after Halsey compared herself to ''music vegemite''.

The 'Without Me' hitmaker admitted she feels like her music is loved and hated in equal measures just like the salty savoury food paste.

Meanwhile, the pop star recently announced she is stepping back from touring ''for a very long time''.