Halsey and Marshmello drop Be Kind

Halsey and Marshmello have released their new song 'Be Kind' which has a powerful message amid the coronavirus pandemic. 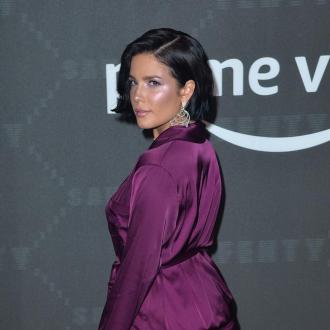 Halsey and Marshmello have released new track 'Be Kind'.

The 'Graveyard' singer and the anonymous DJ teased their collaboration with a visual of a flower on their social media profiles this week, and now they've dropped the uplifting electronic pop track.

When asked by a fan on Twitter to describe the vibe of the song, Halsey wrote: ''cute optimistic heartfelt dance summery 80s. me and mello thought u guys could use the vibes right now! (sic)''

The collaboration follows Halsey's latest LP, 'Manic' and her recent remix of 'you should be sad' with Tiesto and Mike Mago.

As for Marshmello, his recent collaborations include 'Tongue Tide' with Yungblud - Halsey's ex-boyfriend - and blackbear and 'Been Thru This Before' with Southside featuring Giggs and Saint Jhn.

Halsey recently compared herself to ''music vegemite'', but she has admitted she was blown away with the response to 'Be Kind'.

The 'Without Me' hitmaker had said she feels like her music is loved and hated in equal measures just like the salty savoury food paste.

Meanwhile, the pop star recently announced she is stepping back from touring ''for a very long time''.