Halsey and Ariana Grande to bid on Midsommar dress

Halsey and Ariana Grande both plan on bidding on the May Queen floral gown from 'Midsommar' when it goes to auction next week. 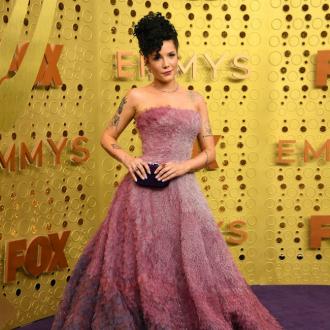 Halsey and Ariana Grande both plan on bidding on the May Queen floral gown from 'Midsommar' when it goes to auction next week.

The impressive gown - which was worn by Florence Pugh in the 2019 thriller movie - is part of an array of items being auctioned off by A24 Films to raise money for coronavirus relief efforts, and both Halsey and Ariana are keen to get their hands on the dress.

Ariana, 26, made her plans known on her Instagram Story when she shared a screenshot that showed several of the her friends forwarding her the news that the dress would be going under the hammer.

She wrote alongside the image: ''I was already planning to have it made anyway bye (sic)''

In another post, the '7 Rings' hitmaker told actress Florence directly that she would be bidding on the gown ''as soon as possible''.

And Halsey, 25, is having to convince herself not to bid on the dress, as she took to Twitter to repeatedly warn herself to stay away from the auction.

Other props going under the hammer include the bedazzled Furby from 'Uncut Gems', and the mermaid figure used by Robert Pattinson in 'The Lighthouse'.