People putting dogs in weird costumes. Probably viral or something.

As we approach the annual triduum of Halloween, thoughts turn to impressing friends and strangers with imaginative costumes. You’re around two years too late for the Breaking Bad hazmat getup, and don’t even think about donning ‘a scar’ and calling yourself a ‘zombie’. 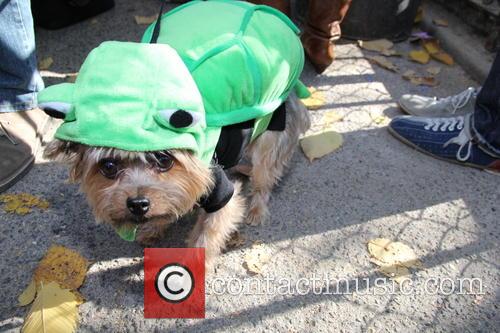 I mean, this little fella didn't even make the cut

But while you’re mulling over which costume to spend too much money on, spare a thought for domesticated canines, who, during late October/early November, have their door knocked on three billion times, see their owners wield knives and douse themselves with weird tasting and potentially fatal red sh*t, and then hide under the sofa while World War III explodes rather floridly into the sky.

Autumn is rubbish for most dogs, but not these ones. These pups were dressed up by their weird owners and exhibited at the 23rd Annual Tompkins Square Halloween Dog Parade.

Humans are mental. Here are the best dogs. 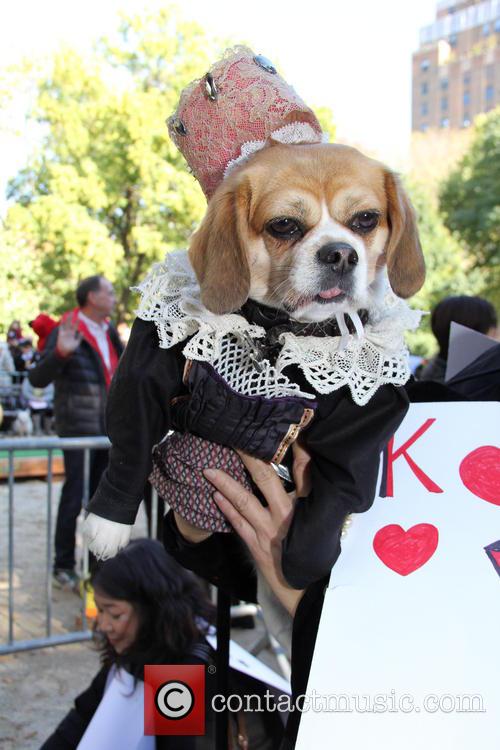 This dog appears to have a hand inserted somewhere weird, and looks decidedly sanguine about the whole situation. It's difficult to tell exactly what this poor pooch is meant to be, but considering the basic remit of Halloween is scary, we can't knock this owner's efforts. 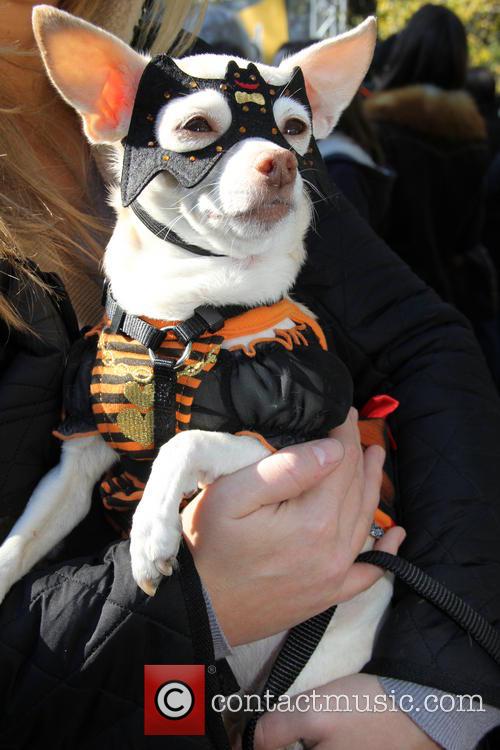 Bearing the expression of a dog explicitly bred to fight crime, this tiny mutt looks ready for action, in an intense, revengeful kind of way. Mexican Batdog, here, mixes the expulsion of bad guys with a tender, loving side, as exhibited by the gold hearts proudly cascading down its furry, diminutive chest. Got paid to write that. 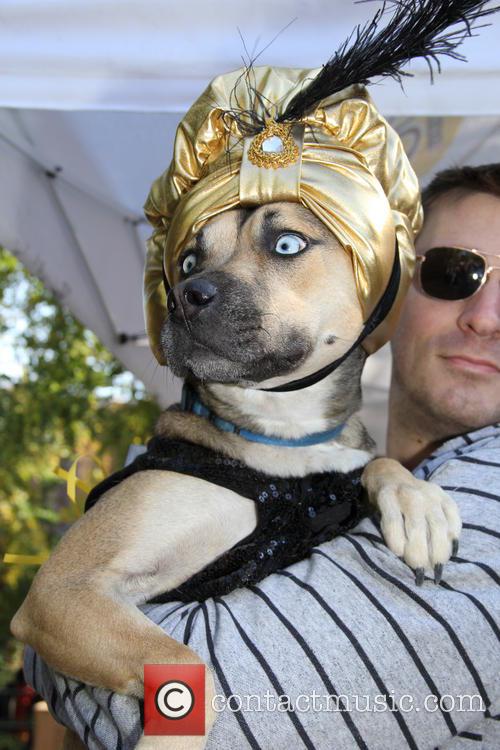 Right, first off, this dog is too big for anything like this. Secondly, it's just seen itself in the mirror. Thirdly, this guy's too okay with dressing his dog up, and fourthly, we want to know if the nails are anything to do with the costume. Terrier-cum-Arabian prince - bad human being. 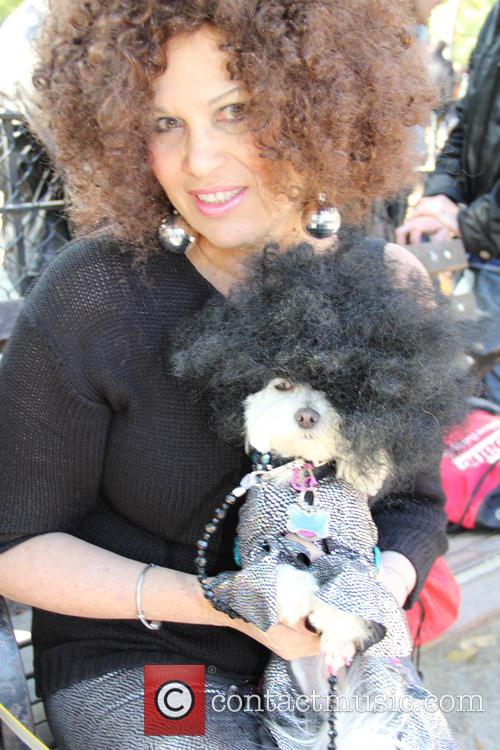 At least with this frizzy fido you get the impression the owner is genuinely insane. Matching up the Afro is a great touch, while we think we can make out a beady, sequined dog lead. That's a keeper.

Seeing as Halloween is a tradition, we thought we'd stick with another tradition, and save the best until last: 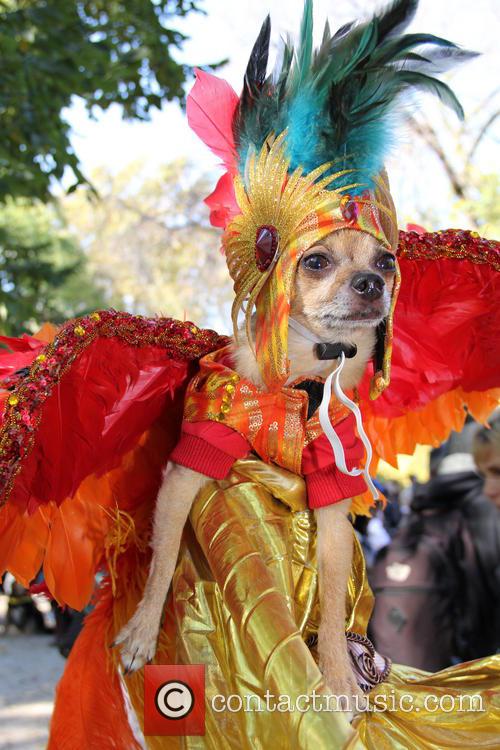 So yeah: a sort of, Brazilian samba dancing carnival dog. That's what's happened here. This little fella even has wings, which, judging by the sullen look on its tiny face and the rigidity of its miniature legs, it wishes it could use. Whenever a costume is bigger than the thing wearing it - in this case a dog - it's an automatic win. That's sort of a rule.

There you have the best dogs at the 23rd Annual Tompkins Square Halloween Dog Parade. As for the rest of these maligned mutts, you can see the ones that didn't make the cut right here.