Have Halle Berry's Warring Men Come To An Agreement? 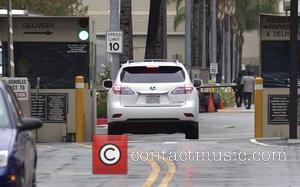 It’s been ugly for all parties concerned, but it looks like Halle Berry’s unruly men have finally started to settle their differences. If you haven’t been following this story, then consider the following a lesson in how not to get on with your ex’s current beau: on Thanksgiving Canadian model Gabriel Aubry ended up on the wrong side of what pictures showed to be a vicious bout of fisticuffs with Berry’s current fiancée Olivier Martinez. It was believed that a recent court decision not to allow the Oscar-winning 46 year-old actress to move with her daughter and Martinez to France was the cause of the fight, and much bitterness ensued this week.

However, according to Sky Sports News, the three of them have reached an amicable agreement in court behind the closed doors. Lawyers for the trio said that they’d managed to agree a deal, though the brief statement added tersely "There will be no further statements regarding this matter.”

Berry and Aubry have been in a bitter dispute as it is over the previous few months, over custody for their four year-old daughter Nahla. It’s a battle that Aubry lost, and the model has had his pride wounded too after this recent fight. At least it would appear that some sort of reconciliation is on the cards.