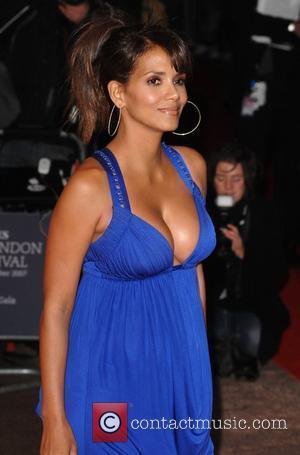 Oscar winner Halle Berry was forced to seek refuge in a homeless shelter when she was a struggling actress - because her mother refused to send her money. The stunning CATWOMAN star moved to Chicago, Illinois when she was 21 in the hope of becoming an actress but she quickly ran out of cash. And her mum refused to help her out financially - because she knew her daughter would have to learn to fend for herself. Berry says, "She drove me there, but I don't think she ever thought it would pan out. "After a month or two, I ran out of money and called her. I said, `Mum, I hate to ask you this, but could you send me some money? I just have rent money. I can't eat this week.' "And she said, I'm not going to start this calling home asking Mom for money. No. Figure it out or come home.' I was so mad. I didn't speak to her for a year and a half." The 40-year-old actress now accepts her mother did the right thing and she's grateful for her tough love. She adds, "It taught me how to take care of myself and that I could live through any situation, even if it meant going to a shelter for a small stint, or living within my means, which were meager. "I became a person who knows that I will always make my own way."