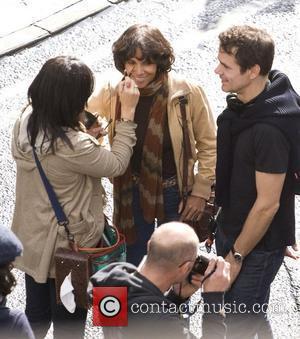 Halle Berry is celebrating after a judge upheld her original custody agreement with ex-boyfriend Gabriel Aubry on Monday (17Oct11).
The former couple has been locked in a bitter battle over three-year-old Nahla since its split and Aubry recently took the Monster's Ball star to court in the hope of amending the pair's visitation agreement, which currently requires a nanny to supervise his time with the little girl.
However, according to Tmz.com, a judge has now ruled in favour of Berry and threw out the model's request.