That will be the first and last time she ever does that.

One of the most annoying things about being a celebrity and being a woman has got to be the constant speculation over whether or not you are pregnant. Halle Berry is the latest to star to have been forced to shut down rumours of this kind and she did so in the most boss way possible. 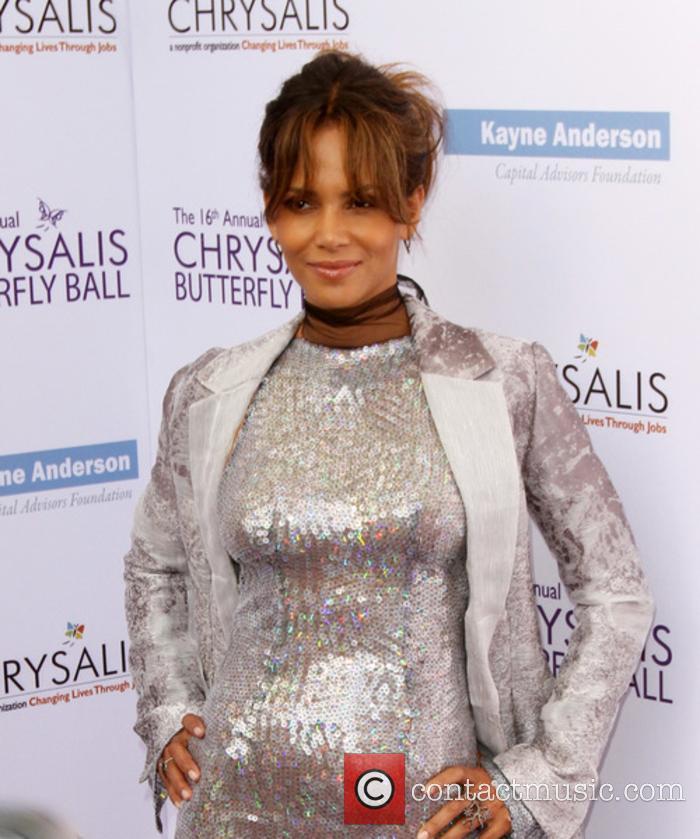 The 50-year-old appeared on a panel at San Diego Comic Con this week to talk about her forthcoming movie 'Kingsman: The Golden Circle', and the group - which also included Channing Tatum and Pedro Pascal - decided to pass round a bottle of booze in honour of Pedro's character Agent Whiskey.

Most of the cast and crew had shot glasses into which they poured their whiskey, but by the time it got to Halle she only had a half-pint glass in front of her. So what did Channing do? That's right; he poured in almost half a pint into her glass despite her loud protestations.

It seems the crowd in attendance desperately wanted to see her chug the entire glass, and so she eventually got to her feet and after a moment's hesitation, glugged back the entire measure, wincing as she went. Afterwards she raised her arms in celebration and pretended to collapse onto Pedro who was seated to her left.

Hosting the panel was Jonathan Ross, who afterwards joked: 'Kingsman and Fox Films would like to remind you to drink responsibly, and not like Halle Berry.'

Later, Channing got asked about his favourite scene in the movie, but the audience couldn't help but still be distracted by his enebriated co-star. She looked completely lost, staring around with her mouth slightly agape looking like she never wanted to see another glass of whiskey in her life.

More: Watch the trailer for 'Kingsman: The Golden Circle'

Well, it least we now know that she's definitely not pregnant.