Halle Berry agreed to star in new TV show 'Extant' because the script was so much better than the movies she was being offered. 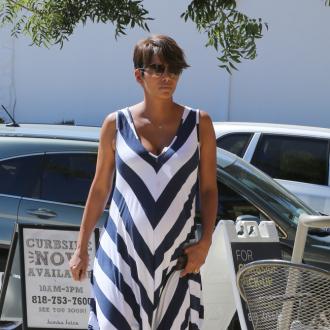 The 47-year-old actress - who has children Nahla, six, with ex-boyfriend Gabriel Aubry, and eight-month-old Maceo with husband Olivier Martinez - was unimpressed with the movie scripts she was receiving and had no desire to return to work until she was approached to appear in sci-fi drama series 'Extant'.

She told Entertainment Weekly: ''I was being offered parts that I felt like I had done before. They weren't exciting enough for me to leave my family for four months. I realised some of the best writing especially for women, was on television.

The highly-anticipated miniseries sees Halle play infertile astronaut Molly Woods who returns from a year-long solo space mission pregnant, and the brunette beauty was attracted to the character because of her ''complicated'' life.

''Who is a woman who goes away to space for a year and leaves her husband, first of all? Who is a woman who comes back pregnant and tries to handle it somehow on her own? That just felt like a complication that I wanted to be a part of.''