Halle Berry: The best things are on TV

Halle Berry believes ''the best things'' are on TV so wanted to head back onto the small screen after years in movies. 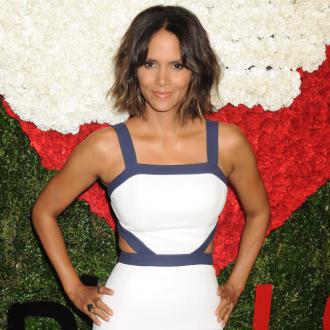 Halle Berry believes ''the best things'' are on TV.

The 48-year-old actress reckons the quality of modern television far outweighs that of movies, which was why she decided to return to acting on the small screen in science fiction drama 'Extant' having originally kicked off her career in TV series 'Living Dolls' in 1989.

She said: ''The best things in my opinion, are on television now. So I'm lucky to get to be on TV actually.

''In a show of this quality with these show runners, these actors, it's high quality and I feel really lucky that I get to work in this medium.''

However, Halle - who has son Maceo, 21 months, with her husband Olivier Martinez as well as seven-year-old daughter Nahla with ex-boyfriend Gabriel Aubry - confessed she was under intense pressure when shooting the drama, having only just given birth to her second tot.

She explained: ''It is a whole lot of work. I mean I've never worked so hard in my life.

''I was nursing, my baby was just three months old when we started, so I was doing drive-by nursings every two hours and I was over my head - the amount of scenes we shoot in a day, the things I had to memorise.''

The 'X-Men' star thinks her hard work will all be worthwhile though as 'Extant' - in which she plays Molly Woods, who is impregnated by an alien while on a space mission - is likely to draw a greater amount of viewers than any of her movies.

She told The Sun newspaper: ''More people probably see this show than maybe have seen all of my movies.

''So as artists, we want to share what we do with the world and this is a really good medium to do that in because the best things are on TV now.''