Halle Berry's Son Too Sick For Trick-or-treating At Halloween

Halle Berry's Two-year-old Son Had To Pass On Trick Or Treating At Halloween This Year (15), Because He Was Battling Chickenpox. 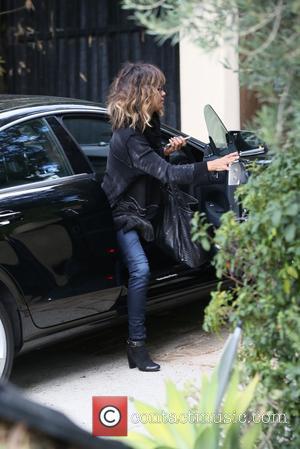 The 49-year-old actress, who recently split from the boy's father - her third husband Olivier Martinez, reveals little MACeo had to stay at home while all his friends and big sister Nahla went door-to-door collecting candy at Halloween because he was sick. But Halle still made sure her son's night was fun.

"MACeo didn't go trick-or-treating 'cause he has the chickenpox," she tells U.S. news show Extra. "Nahla was a zombie cheerleader, and we had a great time. I was a pirate and she's like, 'You're a sexy pirate, Mommy,' I'm like, 'What do you know about a sexy pirate?'"

Halle's family life has been rocked by the end of her marriage to French actor Olivier - the couple announced the split last month (Oct15) after two years of marriage, and the X-Men: Days of Future Past actress admits life after her latest break-up is quite a challenge, but she is managing to remain optimistic.