Halle Berry's pregnancy was the ''biggest surprise'' she had ever received because she thought she was ''past the point'' of having another child. 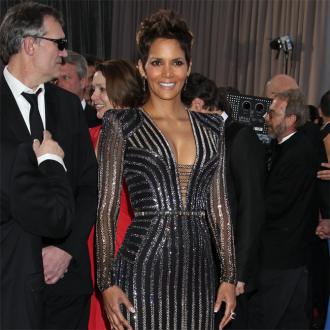 Halle Berry's pregnancy was the ''biggest surprise'' she had ever received.

The 46-year-old actress - who has five-year-old daughter Nahla with ex-boyfriend Gabriel Aubry - is thrilled to be expecting a baby with fiancé Olivier Martinez, particularly because she thought she was ''past the point'' of being able to carry another child.

She told CNN: ''I feel fantastic. This has been the biggest surprise of my life to tell you the truth.

''I thought I was kind of past the point where this could be a reality for me. So it's been a big surprise and the most wonderful.''

The 'Cloud Atlas' actress also dismissed speculation she already knows she is expecting a little boy.

Halle has been desperate to move to Olivier's native France, but her attempts to relocate with Nahla have been blocked by Gabriel.

Instead, the actress admitted recently she is willing to put her dream on hold until the little girl turns 18 and can make her own decisions.

She said: ''It probably won't be until my daughter is 18 and off to college. When Nahla turns 18, she'll be legally able to make her own decisions about where she wants to be and I think that then, when she's off on her own, we'll move there. It's where I want to end my days, that's for sure.''