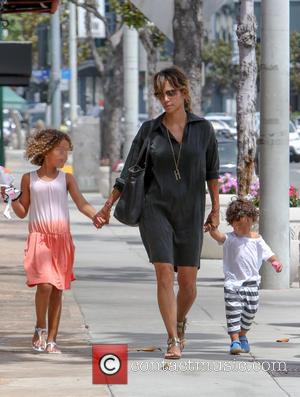 The actress made her TV debut on the Steven Spielberg-produced show last year (14), portraying Molly, an astronaut who mysteriously falls pregnant while on a solo mission in space.

However, the second season of the programme struggled to attract viewers when it aired in the U.S. over the summer (15), and now Berry and network bosses at CBS have decided to end the show.

The two parties will continue to work together on a new series, titled Legalese, which Berry will executive produce.

A statement released by the star reads: "I am so proud of what we accomplished on Extant. This season seemed such a natural place to end Molly's journey that I, along with CBS, felt it best served the story to leave it there.

"‎It was my first foray into episodic television, and I'm excited to continue my relationship with CBS, producing more compelling stories through my 606 Films production banner."

Legalese will focus on a biracial lawyer from Chicago, Illinois, who pursues a case in New Orleans, Louisiana, reports Deadline.com. A premiere date has yet to be determined.

The actress, who launched her 606 Films TV company last year (14), was also previously attached to executive produce an as-yet-untitled medical drama for CBS.