Halle Berry's daughter thinks she is a princess and has no idea her mother is actually a famous actress. 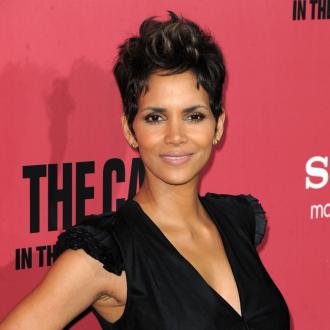 Halle Berry's daughter thinks she is a princess.

The 'Cloud Atlas' actress admits five-year-old Nahla - who she has with ex-boyfriend Gabriel Aubry - is blissfully unaware of her acting career and instead thinks she simply dresses up to go to work, though she is left bemused when they are stopped by fans.

Asked whether Nahla knows she's an actress, Halle said: ''No. Nahla thinks that I just like to wear pretty dresses to work, like a princess! When we're out and people greet me, she always asks, 'Do we know them?' ''

Halle, 46, loves how the youngster helps her relive her childhood - especially now she is expecting a son with her fiancé Olivier Martinez.

She added: ''[Nahla] lets me connect with my own childhood. I suddenly see myself doing silly, childish things - I wear whatever I like, play and we have fun. It's like being a little girl again.''

The brunette beauty is glad she didn't have children until later in life after making a name for herself as she now feels more devoted to her family life without worrying about her career.

She said: ''It was great for me. I'm really happy that I put off having a child until then. At 30, I wasn't ready - I was just figuring out what sort of woman I was.

''In those days, my career was the most important thing in the world to me. Thanks to having postponed a family, I don't feel like I have anything outstanding to achieve.