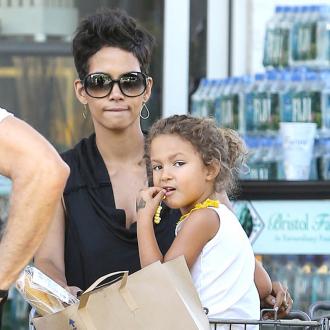 Halle Berry is expected to learn this week whether she can relocate with her daughter Nahla to France.

A judge is ready to decide if the 'Cloud Atlas' star - who is set to marry French actor Olivier Martinez - can move from her native US for the sake of her four-year-old daughter's privacy and safety.

A source told US gossip website TMZ that lawyers for both Halle and her ex-boyfriend and Nahla's father Gabriel Aubry - who have been engaged in a bitter custody battle for several months - have finished arguing their individual perspectives and a judge is now ready to rule after considering both sides for the past few days.

The judge has reportedly requested that both Halle and Gabriel, who is a Canadian model, appear in person to hear his decision so they will know it at the same time and sources say the decision is likely to be made on Friday.

Halle - who admitted ''there is turbulence'' between her and Gabriel - recently revealed she has put her wedding plans on hold until she knows where her family will be living.

The 46-year-old Oscar winner said: ''I'm not sure where I am going to be living in the next few months, so I have to get that settled first.

''It's the appeal of privacy and a greater sense of safety for Nahla. Because we are followed all the time, she is starting to feel like she is somehow special, and of course she is, but I want her to understand that she's special because of who she is, not because she was born into this celebrity blender.''