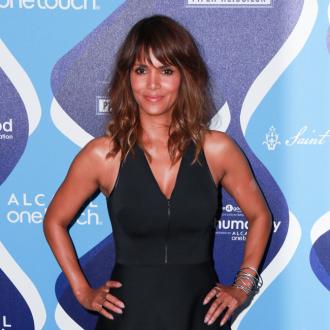 Halle Berry will reportedly face her ex-boyfriend in court today (14.07.15).

The 'Extant' actress' child support trial against Gabriel Aubry is set to begin in Los Angeles, after she filed court documents late last year asking a judge to reduce the amount of money she is paying the Canadian model to help care for their seven-year-old daughter, Nahla, from $16,000 to approximately $3,800 per month.

The Oscar-winning star previously indicated she is happy to pay for Gabriel to properly look after Nahla, but believes he is using the money to avoid work and he needs to get a job, according to gossip website TMZ.com.

A document submitted to the court by the 48-year-old beauty and her lawyer last November allegedly stated: ''There is no case, no law, no logic that says a healthy, active man gets to simply live off child support that the wealthier mother earns.''

She also accused him of spending most of the money on his own needs, including $700 on fitness, just short of $1,000 on clothing and nearly $2,000 on car expenses amongst others.

The 38-year-old model is fighting the request because he claims he has struggled to find work since Halle's now husband Olivier Martinez beat him up in 2012.

The former couple, who split in 2010 after four years together, currently share joint custody of Nahla.

A judge first ordered the actress to pay Gabriel almost $200,000 a year, plus tuition money, to support their daughter in May 2014.