Actress Halle Berry Returned To A Los Angeles Court On Tuesday (14jul15) To Convince A Judge To Slash Her Child Support Payments To Her Ex-boyfriend Gabriel Aubry. 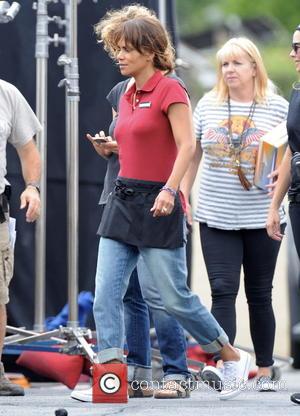 The X-Men star filed papers in October (14), objecting to the $16,000 (£10,000) she currently pays Aubry each month to care for their daughter Nahla, amid allegations the French Canadian model has been using the money to fund his lifestyle after giving up work.

In the filing, her lawyer stated, "There is no case, no law, no logic that says a healthy, active man gets to simply live off child support that the wealthier mother earns."

Berry wants the figure reduced to around $3,800 (£2,375)-a-month, but Aubry alleges he has been unable to find employment since he was injured in a scuffle with her new partner, French actor Olivier Martinez, in 2012.

The case headed to trial on Tuesday, when Berry and Aubry faced-off in court. Details from the hearing have yet to be released.

The former couple, which split in 2010, shares joint custody of seven-year-old Nahla.

Berry wed Martinez in July, 2013, months before the stars welcomed their first child together, son MACeo.