Halle Berry Refuses To Pile On Weight For Perfect Role 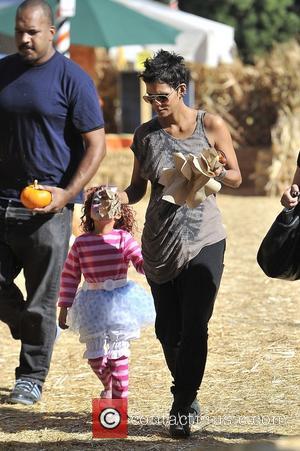 Diabetic actress Halle Berry would never agree to pack on the pounds for a film role because a huge weight gain would put her health in jeopardy.

The Oscar winner insists she would be game for any acting challenge, but piling on extra weight is not something she's willing to try to embody a character, no matter how lucrative the job.

Asked whether she would ever gain 100 pounds (45.36 kilograms) for perfect role, she tells U.S. talk show host Wendy Williams, "My heart would say yes because I feel like I would do anything for my craft, but my brain would say no because I'm diabetic and what that might do to me on a health level could be really dangerous so that's probably the real reason I wouldn't.

"Taking care of my health and keeping my weight a certain (level) is really very much a part of taking care of myself and being healthy and because I'm a mum now, I wouldn't take risks like that."

Actors Robert De Niro, Jared Leto, Renee Zellweger, Russell Crowe and Rob MCElhenney are no strangers to the fatty feat - they have all previously piled on weight for meaty movie roles.