The actress looked to be cradling a baby bump on the red carpet recently.

Reports have surfaced that Halle Berry may be expecting another child after she was seen cradling her stomach during an appearance at a proverbial red carpet charity event over the weekend. However, a spokesperson for the star has insisted that there is no truth in this suggestion. 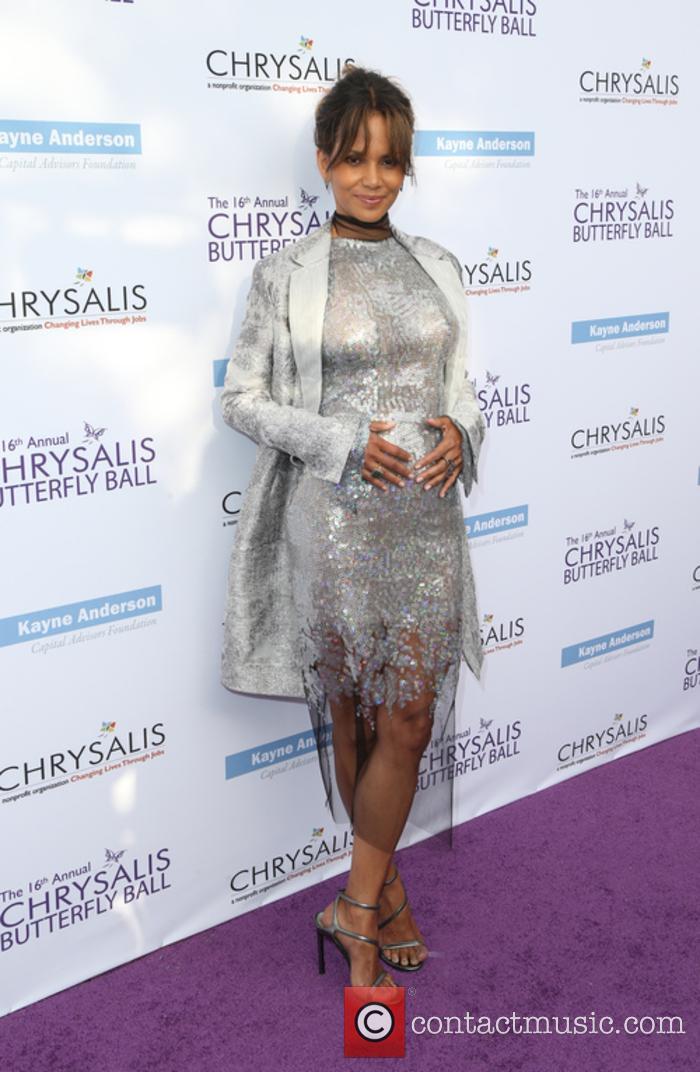 The 50-year-old actress attended the 16th annual Chrysalis Butterfly Ball in Los Angeles on Saturday (June 3rd 2017) and she did, indeed, look a little curvier than usual in her tight-fitting silver sequined dress with matching jacket. Of course, with the way the light was reflecting off it, it could've been an optical illusion, but when she placed her hands on her stomach it certainly increased media suspicion.

However, a representative for the 'Kidnap' star has insisted that the rumours are false, and she is not pregnant with her third child after all. 'Halle is not pregnant', the rep told several publications. 'The reports are completely untrue.'

Halle is already mother to 9-year-old Nahla Ariela, who was fathered by her former model partner Gabriel Aubry, and 3-year-old Maceo Robert who she had with her ex husband actor Olivier Martinez. She is not thought to be in a relationship at the moment - which would make her pregnancy improbable anyway - following her divorce from Martinez in 2016.

The star is set to appear in three movies this year, them being indie thriller 'Kidnap' directed by Luis Prieto, Matthew Vaughn's comedy sequel 'Kingsman: The Golden Circle' and Deniz Gamze Ergüven's crime drama 'Kings'. With 'Kidnap' coming on August 4th 2017, it marks her first movie appearance since the release of 'X-Men: Days of Future Past' in 2014. She has since, however, starred in the sci-fi TV series 'Extant'.

Halle Berry is yet to comment on the speculation regarding whether or not she is expanding her family.