Halle Berry says there are already clear differences in the ''energy'' of her daughter Nahla and son Maceo. 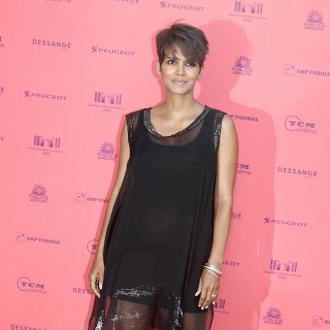 Halle Berry says her son has a ''different energy'' to her daughter.

The 47-year-old actress - who has five-year-old Nahla with ex-boyfriend Gabriel Aubry and five-month-old Maceo with husband Olivier Martinez - has found there have always been clear differences between her two kids, even from such a young age.

Asked how her son is, she said: ''Fantastic. It's different, the energy. Whoever says they're not different from the start, they've never had both.''

The 'Frankie and Alice' actress also admitted being a parent has had an impact on her work because having kids has been such a ''life-changing'' experience.

She told E! News: ''Being a mom - that started when I had my daughter six years ago - you do start to bring different levels to your performances because being a mom is so life-changing and transforming when you have that right of passage and so it would be very hard for me not to bring that to every single thing that I do and I love that.''

While Halle loves motherhood, she recently admitted she isn't planning to have any more children.

She said: ''I'm surprised I had the one I just had! So I doubt God is going to bless me again. I think I'm done!''