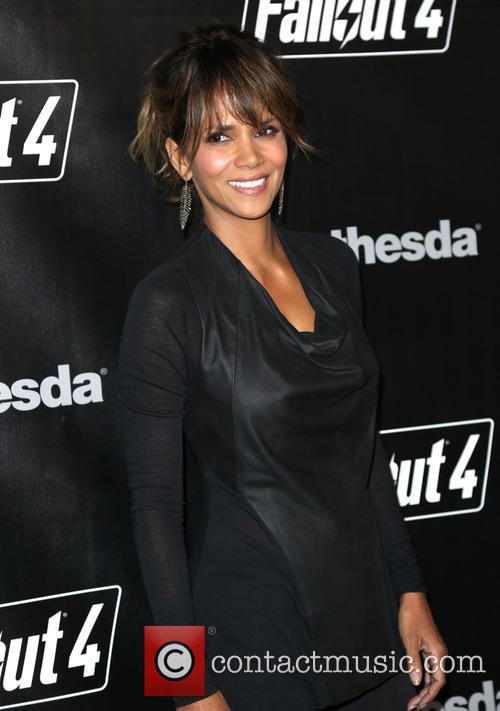 When asked whether her seven-year old daughter Nahla was aware of how strong her mother and been since the split and becoming a single parent, Berry added: Oh yeah, you should be in my house!"

The actress also said that her one-year old son Maceo had chicken pox over Halloween and could not go out trick-or-treating. "Maceo didn't go trick-or-treating cause he has the chicken pox, Nahla was a zombie cheerleader and we had a great [time] ... I was a pirate and she [Nahla], she's like, 'You're a sexy pirate mommy.' I'm like, 'What do you know about a sexy pirate?' "

Speaking during the event, Berry addressed her own experience with domestic violence and said she feels one of her life's purposes is "to help others, especially women." "I saw my mother battered and beaten many years of my life and I felt helpless. And that's what connects me to this organisation. I have an understanding, a knowing."

More: Halle Berry Opens Up About The Lack Of Roles For Black Actors In Hollywood

“I feel like I have something that I can impart to these women. It seems like I've overcome it, but I really haven't. In the quiet of my mind, I still struggle. So while I'm helping these women, I'm helping myself through it, too. And that's largely why I'm here."