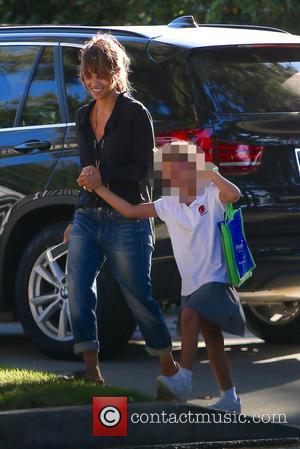 The Monster's Ball star originally submitted a petition to end her two-year marriage to the French actor on Tuesday (27Oct15) under a pseudonym, but TMZ.com now reports the 49 year old has posted new court documents with both stars' real names attached.

Sources tell the outlet the star has also given the real name of their son MACeo, after reportedly listing him as MAC Martin in the original petition. The rest of the details remain the same, with Halle asking for custody of the two year old. The couple has a pre-nuptial agreement in place.

Olivier also filed divorce papers on Tuesday (27Oct15) after reportedly taking issue with Halle's original documents being filed under the pseudonyms Hal Maria and Oliver Martin. His documents list him as the petitioner.