Halle Berry's appearance on The Tonight Show With Jay Leno last night wont be remembered for herencouraging promotion of new film The Call, nor will it be remembered for any of Leno's witticisms, no what people will remember Halle's appearance for will be the cleavage bearing, thigh-high dress worn by the Oscar-winning actress. Judging by Jay's reaction to the dress, we're guessing he'll be dreaming about Ms Berry and her ensemble for weeks on end (he's not the only one).

The 46-year-old ensured that all eyes were on her during her chat with the late night talk veteran, wearing a black and silver mini dress that showed off a helluva lot of clevage. Despite all his years of experience, Leno couldn't help himself but be drawn into Berry's breasts, with his glare clearly fixed on her exposed chest throughout most of the interview. Jay is clearly a fan of Halle’s figure-hugging dress-choice, as he complimented the star on the plunging Versace gown she wore to the 85th Annual Academy Awards last month, adding, “I like this dress better.” Something tells us he isn't the only one.

Other than her enviable figure and penchant for revealing dresses, Halle actually on Leno's show promoting her new film, The Call, which sees the actress star alongside young actress Abigail Breslin as a veteran 911 operator who receives a call from a girl (Breslin) who has just been abducted by a killer from Berry's own past. The film is out in cinemas later this month. 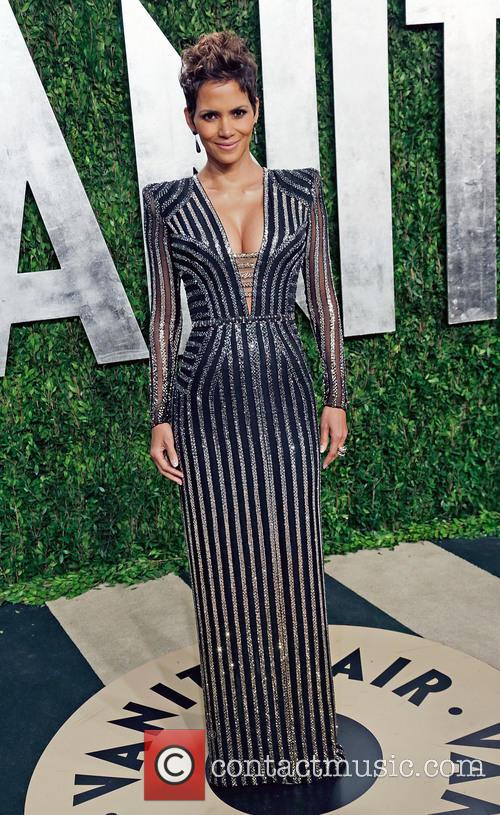