Halle Berry and Olivier Martinez being sued for $5 million

Halle Berry and her husband Olivier Martinez are allegedly being sued for $5 million after they were involved in an airport scuffle in Los Angeles in January. 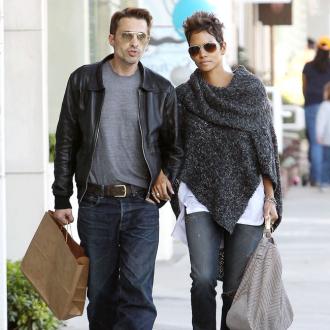 Halle Berry and Olivier Martinez are allegedly being sued for $5 million after they were involved in an airport scuffle.

Ronaldo Owens, an employee at Los Angeles International Airport, is seeking the hefty sum in compensation after the 49-year-old actor allegedly shoved him to the ground with a baby carseat in January when he, his wife and their two young children flew into LAX, California from Paris, France.

Mr. Owens sought legal action earlier this week as he believes he was attacked ''for no reason'' and was not in the family's way when the incident took place, according to TMZ.

However, video footage at the time, which was taken by paparazzi, showed Olivier walking through the airport with Halle, 49, as she carried their two-year-old son Maceo and clutched the hand of her daughter Nahla, six, from a previous relationship, when Mr. Owens attempted to take a photo of the family using what appeared to be a phone.

The French hunk then lunged at the airport worker and pushed the carseat into his chest, knocking Mr. Owens onto his back before the family were ushered away by security.

Mr. Owens believes Halle was the mastermind of the incident as she gave Olivier ''carte blanche ability to attack.''

The ground worker filed a police report at the time but the Los Angeles city attorney threw out the case.