Halle Berry And Chaka Khan To Be Made BET Honorees 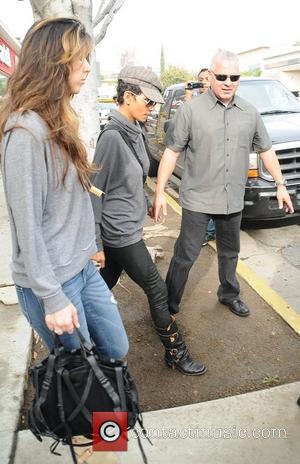 Halle Berry and Chaka Khan will be amongst the honourees being recognised by BET for their contribution to the advancement of the African American population during next years awards presentation.

The network announced the news today (Dec 20) that Berry and Khan would be amongst next years inductees into the honour list, with basketball star Lisa Leslie, music executive Clarence Avant and religious leader T.D. Jakes also being honoured. The ceremony will take place on January 12th in Washington, D.C., at the Warner Theatre. The show special airs on BET a month later on February 11th, with a host of special performances also taking place on the night.

BET Honors are awarded yearly to African Americans who have been recognised by BET as having exceeded in their fields of music, literature, entertainment, education and more. The awards presentation was devised in 2008 by the broadcasting company to coincide with Black History Month, with Alicia Keys, Tyra Banks, Magic Johnson, Tyler Perry, Whitney Houston and Stevie Wonder having been honoured in the past. Next years ceremony will be presented by Gabrielle Union, with the list of performers at the event being held for the time being. At least this gives Halle something to look forward to, should she be fearing her Christmas celebrations go the same way as her Thanksgiving festivities went.