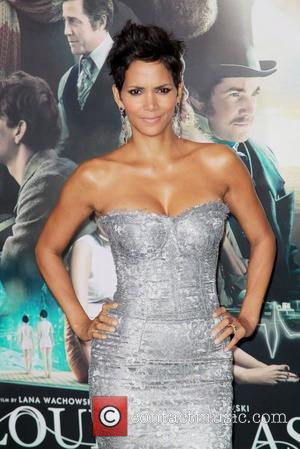 USA today says that film had a budget of $100m which reflects the complexity of its production, and the reason behind its star-saturation. The plot of the movie (and book) is a tapestry of six stories, following one soul as it moves from one body to the next, to the next, spanning around 500 years, from 1849 to the 24th century. The premise assumes reincarnation to be true, and really focuses on the unity of the human race. UPI states the official plotline as "the actions and consequences of our lives impact one another throughout the past, present, and future as one soul is shaped from a murderer into a savior and a single act of kindness ripples out for centuries to inspire a revolution."

Speaking about her role, Berry said "You have to say yes to something like this, [I want audiences to] walk away having a dialogue about it. And really realizing the ramifications of all of our actions and all of the choices that we make, and that they do reverberate for generations and generations. Acts of kindness and also acts of cruelty. It really matters." Halle has also revealed that she believes in reincarnation. "I think it's huge and something I believe in; the idea of reincarnation," she said, reported by CNN. "[Next time] I hope [to be] an animal. I'm a little tired of the human being thing; I'd love to come back as an animal next time around."

Judging by her portfolio of work, Halle Berry can be whatever she wants to be, and although they say 'the only way is up', having already reached the clouds, she's doing pretty well. The Wachowskis co-wrote the film with Tom Tykwer, who was behind Perfume: Story of a Murderer and Run Lola Run. It's official release date is October 26th 2012.