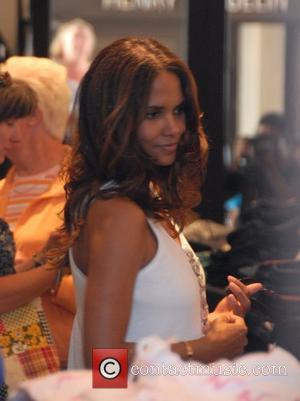 Halle Berry's high school prom queen victory was tainted because her teachers couldn't believe a black girl had beaten a blonde, blue-eyed princess. The Oscar winner was stunned when she learned she had been picked as the prom queen at Bedford High School, outside Cleveland, Ohio - but was not as surprised as the school's headmaster. Berry explains, "Me and this other girl, Vicky Cuckle... we both got called into the principal's office, and the principal said, 'Halle, you've won, Vicky, you're first runner-up, but, Halle, we believe you have taken part in stuffing the ballot box.'" Berry's mother was so appalled by the allegations her daughter had cheated, she took on the school. The actress recalls, "My mother came marching up there... She was p**sed. "They gave an excuse of why they thought I had done this, but really had no proof of anything; it's just they couldn't believe that one of the only black girls in the whole school was now going to be their symbol of beauty. "The principal said, `Let's flip a coin,' so we did the flip and I won anyway." That small victory gave Berry the confidence to enter beauty pageants.