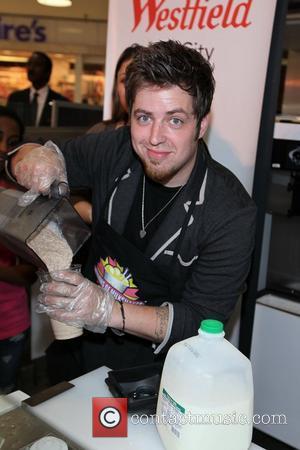 Picture: American Idol Season 9 Winner, Lee DeWyze celebrates his 25th birthday by creating his own signature milkshake for charity at Millions Of Milkshakes inside...

'House of the Rising Sun' by The Animals became a trending topic on social networking sites yesterday after American Idol contestant Haley Reinhart performed a note perfect rendition of the classic track. Jimmy Lovine noted that if Reinhart had been a singer in the 1960's she would undoubtedly have recorded, 'House of the Rising Sun', reports Usa Today.
Beginning the song a cappella, Haley stormed effortlessly through the classic track much to the delight of the live studio audience. She received a standing ovation from the all-star judging panel, with Randy Jackson noting, "The award tonight for the best performance of the night goes to Haley! You've grown by leaps and bounds". Aerosmith frontman Steven Tyler was similarly complimentary, saying, "I think you sold everybody tonight". However, the evening's highest praise came from Jennifer Lopez, who told Reinhart, "I don't know if you came out a little angry at us from before. That song has never been sang like that before". Elsewhere on last night's show, Jacob Lusk performed a stirring rendition of 'Love Hurts', while Lauren Alaina tackled 'Unchained Melody'. Audience favourite Scotty Mccreery sang Elvis Presley's 'Always On My Mind' but received lukewarm feedback from the judges.
After Reinhart's rendition of 'House of the Rising Sun', the 20-year-old Illinois songstress has now firmly established herself as the new favourite to win the competition. The recently eliminated Casey Abrams told People Magazine that he thought Haley had a "very, very good" chance of winning this year's show.