Este Haim, bassist for LA band, Haim, began to feel unwell during their early slot on the Friday of Glastonbury Festival.

One of the three Haim sisters fell ill whilst on the Pyramid Stage today at Glastonbury Festival (28th June) - Este Haim began falling ill in the middle of the first of the band's two performances this weekend, blaming diabetes. Despite feeling a little off, the bassist began to play the rest of the songs on a stool and explained after their set: "Sometimes diabetes gets the better of you." According to DIY, Este declared to the crowd mid-set: "I'm not going to let this get the better of me, especially when there are so many beautiful people here. If I pass out, will someone give me mouth to mouth?" After she recovered, she declared it to be "the best day of [her] life." 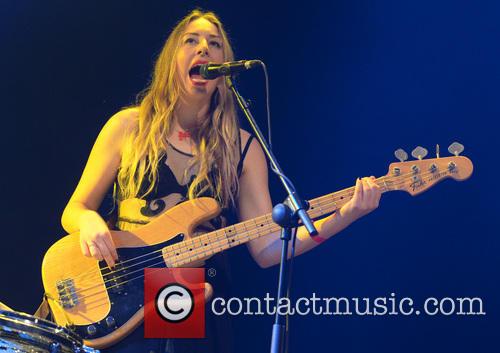 Este is the eldest of the three sisters in the band from California's San Fernando valley- with Alana and Danielle Haim, and also including drummer Dash Hutton. She has become famous to her extreme facial expressions she pulls whilst playing bass guitar, with her "bassface" even having a Twitter account dedicated to it. She holds a degree in Ethnomusicology, revealing to the London Evening Standard that she finished the five year degree in just two, and plays guitar as well as bass. 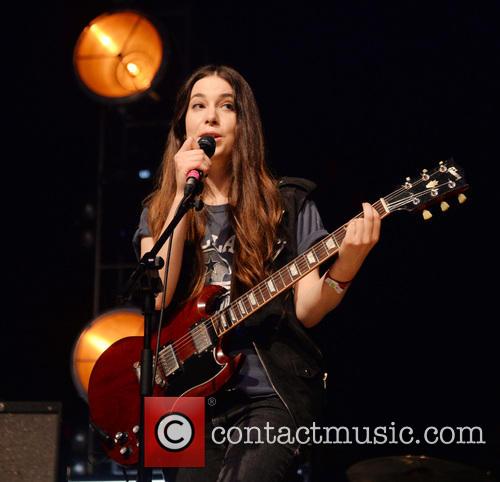 Haim rose to fame after they received their first 3-track EP, in February 2012 and are playing Glastonbury Festival for the first time despite not having released a full album yet, and are still putting the finishing touches to their debut. Haim will play again tomorrow at 16:30 on The Park Stage. Let's hope Este's feeling tip-top by then!