For video games enthusiasts of a certain generation, Hadouken! have the coolest band name possible.  Beyond their name inspiration, they have previously acquired media support from the likes of Zane Lowe and Mike Skinner, while touring partners include Example and Does It Offend You, Yeah?  This record will be supported by a UK tour from mid-April. 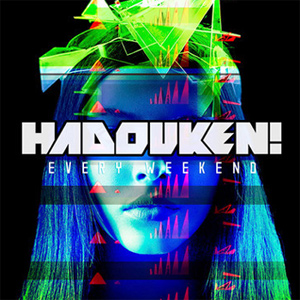 The rise of the dance-indie crossover in recent years has been given various labels - nu-rave and indietronica to name but two - with true mainstream success thus far eluding this quintet.  Whilst the sound may not fit in with daytime airplay fashion, opener 'The Vortex' hits the spot that Muse had aimed for on 'The 2nd Law'.  Thumping beats and erratic synths energise the track and the following 'Levitate' ramps up the euphoric mood further.  Fans of the most recent FIFA game will already be familiar with 'Bliss Out', which seamlessly glides between grimy verses and an expansive, arms-in-the-air chorus.  Just as the record veers toward cruise control, 'Parasite' provides a timely change in pace and moves toward dub-step, but after this we return to the status quo.  This isn't completely a bad thing, but from this point tracks blend into one another and struggle to establish their own merits.  One track that does break from the crowd is 'Stop Time', which benefits from a slightly reduced pace whilst being swamped in synths, while 'The Comedown' holds similarities to some of Linkin Park's work when they lean toward hip-hop.  Ultimately, what begins as an exciting album gets lost in itself, suffering from a lack of variety and, at 50 minutes, a running time that outstays its welcome.

This week heralds the long awaited return of Nick Cave and the Bad Seeds. Of course, we have seen plenty of Nick Cave over the last few years, with 2010’s Grinderman 2 album and his soundtrack work on Metamorphosis and Lawless (both 2012 releases) but Cave’s fans have been waiting since 2008’s Dig, Lazarus Dig! for new output from the Bad Seeds.

As with many of Nick Cave’s album releases, Push the Sky away has been rapturously received (can this guy do no wrong, we wonder?), with a 4/5 review in The Guardian, a similarly effusive 9/10 from NME and a generous 8.0 from Pitchfork. There’s no huge departure in sound here; Push the Sky is very much what you will have come to expect from a Nick Cave album. Luckily, what we have largely come to expect from a Nick Cave album is sublime song structuring, insightful lyricism and quality musicianship – all of which are delivered on Push the Sky Away.

Hadouken!, For The Masses Album Review

By Sam Marland in Music Reviews on 09 February 2010

Review of hadouken's album For The Masses 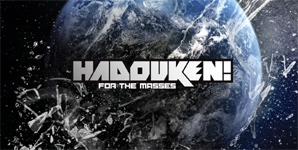 Watch the video for M.A.D. from hadouken 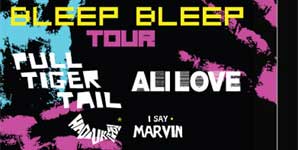 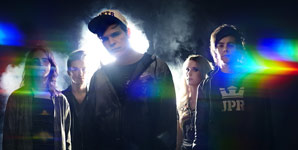