Wu-Tang Clan Rapper GZA Has Called Off His Upcoming European Tour So He Can Complete His Upcoming Album With Collaborator, Composer Vangelis. 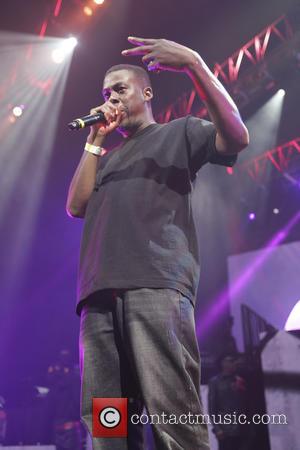 Picture: Gza - A variety of hip hop artists performed live at the 2014 Source360 Festival which was held at the Barclays Center in New York...

The hip-hop star, real name Gary Grice, was scheduled to kick off a month-long trek on 5 September (15) in Montreux, Switzerland, but he has hit Facebook.com to share some bittersweet news.

The MC posted a photo of himself in the recording studio with Vangelis, the man behind a number of memorable film scores, including Blade Runner and Chariots of Fire, for which he won an Academy Award.

GZA added the caption, "Due to circumstances beyond our control and a narrow window to finish Dark Matter, with a very rare collaborator, I regret to inform my fans that I must cancel these upcoming European dates. I'll be back next Spring with brand new material."

GZA was scheduled to make stops in The Netherlands, Belgium, Germany, Austria, and the U.K.