Gwyneth's Sex And The City Episode 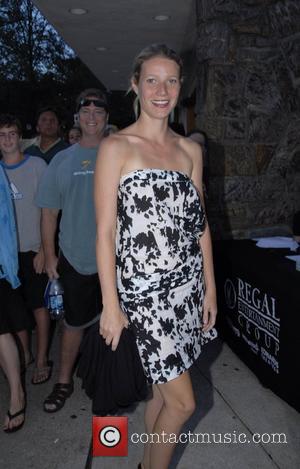 Picture: Gwyneth Paltrow The Cinema Society and The Wall Street Journal host the screening of 'The Good Night' held at the UA Theater in East...

Gwyneth Paltrow got much more than the usual paparazzi when she stepped out of her New York home last week (ends10OCT03) - the cast of Sex And The City were filming an episode on her doorstep.

And representatives for cable network HOME BOX OFFICE (HBO) insist setting up camp for by the home of Paltrow for a stint of filming was nothing more than coincidence, adding, "Neither Gwyneth not her house are in the episode."