Hollywood Actress Gwyneth Paltrow Has Been Honoured With A Special Award For Her Environmental Activism. 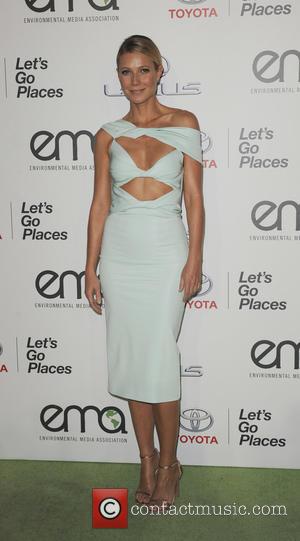 The Iron Man star attended the Environmental Media Association Awards at the Warner Bros. Studios in Burbank, California on Saturday (24Oct15) to pick up the 2015 Green Parent Award.

Gwyneth was presented with the prize by her actress mother Blythe Danner for her efforts to raise awareness of environmental issues.

Other honourees included Eagles rocker Don Henley, who picked up the EMA Missions in Music Award, and actress Kristin Davis, who received the EMA Wildlife Conservation Award for her charity work.

"We wanted to acknowledge individuals who continue to push towards a more sustainable future," EMA president Debbie Levin said of the 2015 honourees. "These activists have tirelessly championed, each in their unique ways, to educate the public regarding conservation and respecting our natural resources to promote a safer and healthier environment."

Other guests at the event included actresses Jessica Biel and Andie MACDowell, and models Rosie Huntington-Whiteley and Dita Von Teese.