Gwyneth Paltrow Wears Lingerie In 'Thanks For Sharing'. It Happened. [Trailer]

Gwyneth Paltrow's underwear will be the most talked about moment from the 'Thanks for Sharing' trailer - though the film could turn out to be pretty decent.

Ok so this happened. Gywneth's Paltrow's underwear, well, lingerie, is on full show in the trailer for her new movie 'Thanks for Sharing,' about three people who undergo a 12-step treatment to cure sex addiction. The 40-year-old wife of Coldplay's Chris Martin strips down to her smalls in the new clip which rolled out online on Wednesday (June 26, 2013). 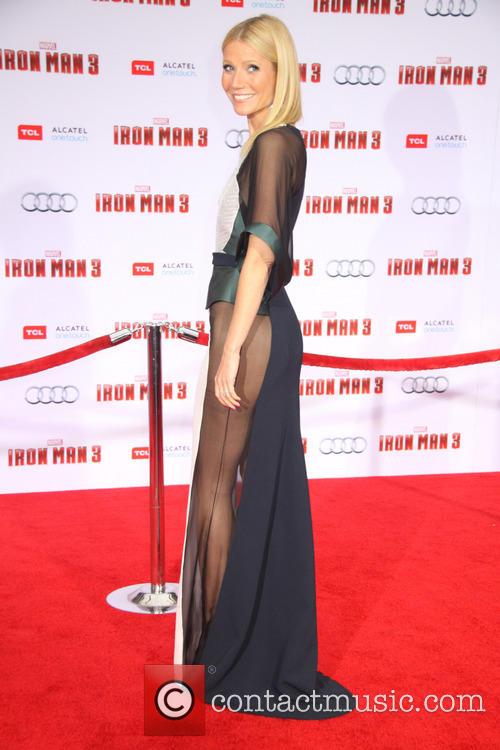 Obviously you may have better things to do than watching Paltrow parading about in lingerie, but just in case you don't, the trailer's below. The comedy-drama also stars Tim Robbins (Shawshank Redemption), Josh Gad (Book of Mormon), Mark Ruffalo (Zodiac) Joely Richardson (Nip/Tuck), Carol Kane (Annie Hall) and the pop-star Pink.

The movie, which hits theaters in the U.S. on September 13, could turn out to be pretty good - it certainly boasts a decent pedigree. The script and direction comes from Stuart Blumberg, who penned 2010's superb The Kids Are Alright with Mark Ruffalo, Annette Bening and Julianne Moore. He also knows how to do seduction, having written The Girl Next Door. Remember that?

Watch the 'Thanks for Sharing' trailer:

Gwyneth Paltrow is about to begin work on 33 dias, a biopic of Pablo Picasso, played by Antonio Banderas, about the artist's emotional turmoil as he worked on the mural Guernica, as well as his relationship with artist Dora Maar. It is set for a 2014 release.