Gwyneth Paltrow and Joely Richardson have signed up to star in 'Thanks for Sharing' alongside Tim Robbins and Mark Ruffalo. 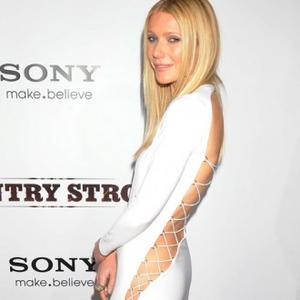 Gwyneth Paltrow will play a recovering sex addict in 'Thanks for Sharing'.

Stuart Blumberg, who is making his directing debut in the movie, admitted the four stars of the film about people dealing with an addition to sexual intercourse - which is also set to feature Mark Ruffalo and Tim Robbins - will be a "perfect" combination and he "can't wait" to see them in action.

He said: "I couldn't imagine actors more perfect than Gwyneth, Mark, Tim and Joely for this film, and I can't wait to see them bring these characters to life with their unique and formidable talents."

The film tells the story of a group of friends who are brought together through their shared willpower to overcome their troublesome addiction as they attempt to build meaningful relationships for the first time in their lives.

Gwyneth is set to star as Phoebe, a businesswoman who plays for Mark's character, and Joely will play Katie, the wife of Tim's alter-ego.

Stuart's Class 5 partner Edward Norton will be the executive producer of the movie, which will see Leslie Urdang, Dean Vanech and Miranda de Pencier produce for Olympus Pictures.

Edward said: "Bill, Stuart and I are thrilled to welcome Olympus Pictures aboard 'Thanks for Sharing'."