Lady Gaga And Gwen Stefani Strike Up Friendship Via Twitter 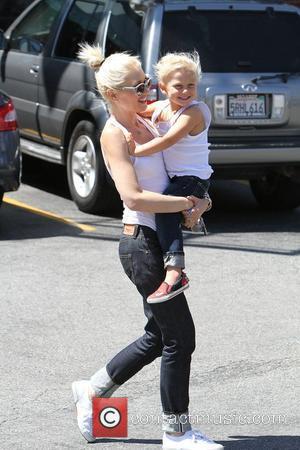 Picture: Gwen Stefani carrying her son Zuma Rossdale in her arms as she leaves Un Poquito Mas Mexican restaurant in Studio City. They both sport matching...

Singers Gwen Stefani and Lady GaGa have struck up an unlikely friendship via Twitter.com after the Poker Face hitmaker urged her fans to buy No Doubt's new single.
The Don't Speak stars released Settle Down on Monday (16Jul12) and a slew of celebrity fans, including Gaga, Paramore's Hayley Williams and reality TV star Khloe Kardashian tweeted their excitement about the new track, which features on the band's first album in 11 years, the upcoming Push & Shove.
Gaga encouraged her 27 million followers to check out the tune, writing, "@nodoubt single 'Settle Down' is out. I just bought it! Go get it its so good! Band formed the year i was born! 1986 baby."
Her message was spotted by Stefani and she took a moment to show her appreciation to the pop superstar, real name Stefani Germanotta, replying, "wow gaga muffin thanks for the shout out that's big! Kiss from one Stefani to another!"
The response prompted Gaga to tweet the rocker back, adding, "i love watching you guys light up the charts. I'm feeling nostalgic today because of this."