Stefani also cleared up any confusion over ‘that’ fall during her Grammys performance.

Gwen Stefani has admitted that her new single ‘Make Me Like You’ is in fact about her new love, country star Blake Shelton. The former No Doubt singer began dating Shelton last year after meeting on talent show ‘The Voice’, following the end of her marriage to Gavin Rossdale. 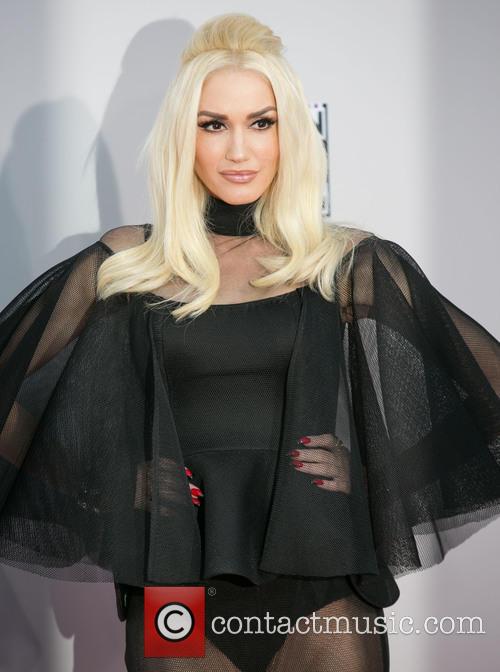 Gwen Stefani’s new song is of course about Blake Shelton.

Appearing on 'Jimmy Kimmel Live!', Stefani was asked straight up if the song was about Shelton. "It is, actually," she said. "I will admit that that song is about that guy, yeah.” Kimmel then asked Stefani if she thought it was "great that you can take something in your life and you can actually make something out of it that's a creative expression?”

Stefani also spoke about making television history on Monday night, when she shot the video for ‘Make Me Like You’, live during the Grammys. The video was shot in partnership with US chain Target.

"I can't believe that happened," Stefani said. "That was a trip. They'd been talking about it since Christmas and planning it. Every little detail counts. There's hundreds of people working there. I personally worked on it probably like six days, maybe, at the most, [but] like 7 in the morning 'til 3 in the morning.”

The singer was also careful to clear up the confusion over who actually fell during the performance. "Everybody thinks that was me, but there was a stunt double," she admitted. "We did that on purpose so people would go, 'Oh, my God! It's live and she fell.’"

The video may also have contained a subtle nod to the song’s subject, with a neon sign reading Blake’s visible during one scene. "You had a neon sign that said Blake's. Now, was that for Blake Lively or Blake Griffin, or perhaps maybe another?" Kimmel jokingly asked. "I don't know,” Stefani answered. “That was just a coincidence. I don't know why they put that. That was weird."