Gwen Stefani Quizzed Over Used To Love You Song Inspiration

Gwen Stefani Was Left Squirming During A Live Tv Interview On Tuesday (27oct15) When She Was Asked If Her Divorce From Gavin Rossdale Had Inspired Her New Song. 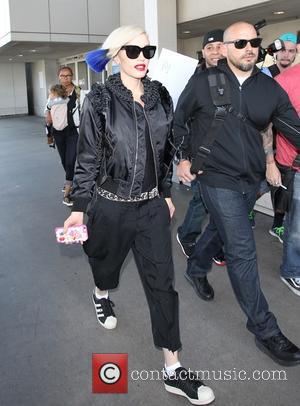 The No Doubt frontwoman announced her split from Gavin in August (15) after nearly 13 years of marriage, and earlier this month (Oct15), she debuted her latest single, Used to Love You, at a concert in New York City.

The track features lyrics like, "I thought I was the best thing that ever happened to you/I guess nobody taught you how to love."

Fans believe the tune is about her broken romance with the Bush rocker, and Gwen admitted her emotions in the accompanying video, during which she sobs as she sings, are all "very real" during an appearance with her The Voice co-stars on U.S. breakfast show Today on Tuesday.

"Your personal life has been in the headlines," said host Matt Lauer. "Are fans misinterpreting something here or is it all right there in front of us in terms of the song?"

Clearly caught off-guard by the question, the singer blushed, before attempting to tackle the topic.

"Oh my God, put me on the spot!" she exclaimed. "What I'll say about that is that I've never put a record out where I'm actually going through things in real time..."

"I wrote that song a couple weeks ago, and then I sat in front of a camera in a dressing room, randomly not making a video, just to do some video for the screens behind me (onstage), and then it went out and it was the (official) video. It's all very real."

Gwen went on to admit she has been grateful for fans' support during her personal troubles.

"It's nice to do music and have that support from everybody," she continued. "I don't know these people (individually), but... I feel their energy and love come back at me (when I'm onstage) and that's really comforting."

Gwen's comments emerge days after the singer and her estranged husband reportedly signed off on an agreement to split their assets and share custody of their three sons. A judge is expected to finalise the divorce by the end of the year (15).