Gwen Stefani spoke to InStyle magazine for their December edition, and gave an insight into her family / career balance.

Resurgent pop star Gwen Stefani has spoken publicly about her recent divorce from her husband of 13 years, Gavin Rossdale, and how she balances her busy family and and work life, both before and since the break-up.

Stefani, 46, had three children with the British lead singer of Bush – Kingston (9), Zuma (7) and Apollo (22 months) – during their time together. Though the former No Doubt singer didn’t go into specifics about the disintegration of their marriage, she did provide an illustration of her home life. 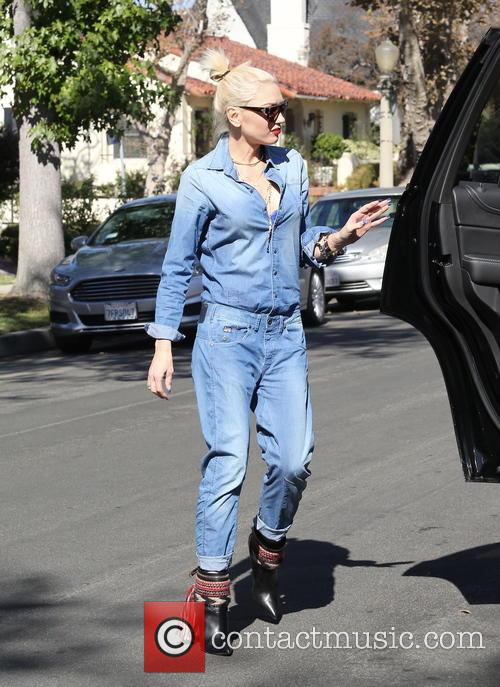 “I didn’t tour at all,” she says of the years immediately before her divorce. “But I did record the No Doubt album, which was super-hard. I was torn the whole time. Every day I would take the kids to school, drive to Santa Monica, work on the album, and then I’d think, Oh my god, if I don’t leave by 2:30, I’m not gonna get home in time for dinner. And Gavin being on tour…”

“I’m not gonna say there weren’t some incredible moments making that album. But it was a lot of knocking my head against the wall. A lot of struggle.”

The lyrics to her dramatic new single ‘Used To Love You’ seem to be an attempt to work out that heartbreak in the public glare, with one of its lyrics going: “I don’t know why I cry / But I think it’s ’cause I remembered for the first time / Since I hated you / That I used to love you.”

That single is taken from an as-yet-untitled third solo album – which will be her first in 10 years since 2006’s The Sweet Escape. Stefani’s fashion business is also taking off, and her love life is heading in a new direction too, with her representatives recently confirming rumours that she and country music star Blake Shelton, her fellow judge on ‘The Voice’ from last year, are dating.

Stefani credits the revolutions in her life to her youngest son Apollo, who is turning 2 in January next year. “There were hard times before the baby, personally, that were just not good. And then having Apollo… and being refreshed, it was just like – ‘woah!’” she told InStyle.