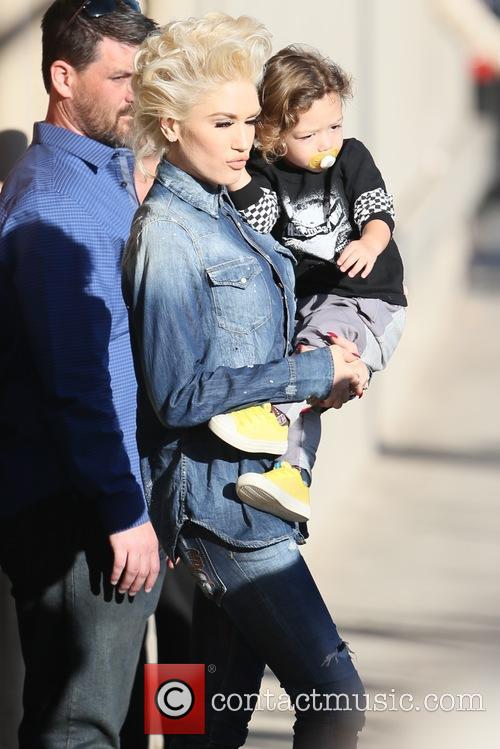 Gwen Stefani with her son Apollo

Not counting her 13 year marriage to rock frontman Gavin Rossdale, with whom she has three children together (Kingston, 9, Zuma, 7, and Apollo, 1) and is apparently excluded from the strict definition of ‘boyfriend’, she previously dated her ex-No Doubt bandmate Tony Kanal for seven years.

She also confirmed, once again, that her comeback single is about Shelton, whom she met on the last season of ‘The Voice’. “I mean, come on!” she laughed. “it’s so easy. Honestly, it's so embarrassing when people ask me. My lyrics are so transparent, you know what I mean? I'm not trying to hide anything.”

Stefani, who is working on her first solo album in ten years called This is What the Truth Feels Like, impressively managed to film the video for ‘Make Me Like You’ live during a commercial break for the Grammys on Monday night.

Look who walked away with one of our props. Thanks for being apart of the video @blakeshelton @gwenstefani

In the video, the bar it’s set at is even called ‘Blake’s’, and he was pictured holding the sign by the clip’s director Mary Ellen Duggan. “Look who walked away with one of our props. Thanks for being apart of the video @blakeshelton @gwenstefani” she captioned the Instagram snap.