The metal frontman, AKA Oderus Urungus, was found dead back in March.

David Brockie was killed by an accidental heroin overdose, coroners have found. Brockie, who performed under the stage name Oderus Urungus in the metal band GWAR, was found dead aged 50 in his Richmond, Virginia home on the 23rd March this year.

The rocker's cause of death was initially mysterious as he was found sitting in a chair but Richmond officials ruled on Tuesday that he died of an accidental overdose of heroin. Brockie died from "acute heroin toxicity and the manner of death is accident," Arkuie Williams, administrator of the medical examiner's office, said via The Guardian.

Known for their comically grotesque costumes, themes and lyrics, GWAR has been a unit since 1984 and has had a rotating line-up of musicians with Brockie the only consistent member. The two-time Grammy-nominated band's concept revolves around sci-fi and horror themes with bandmembers portrayed as interplanetary warriors.

The 'Zombies, March!' rockers had not long returned from a tour of Japan when Brockie was discovered dead. Police discovered evidence of heroin use at the scene but the musician's cause of death has only just been confirmed. The band has never been shy about addressing its collective embrace of substance abuse with Brockie admitting that he would rather not perform sober.

RIP Dave Brockie: Rock reacts to the death of the @gwar frontman. Tributes inside: rel="nofollow">http://t.co/kTMJwatKLs rel="nofollow">pic.twitter.com/ovI7EGAmPD

David Brockie, Of GWAR Fame, Was Killed By An Accidental Heroin Overdose.

"For me, being wasted is not being wasted. When I'm sober, that's being wasted, literally," he said in an interview earlier this year.

Upon learning of Brockie's death, former GWAR bassist Mike Bishop sang the late performer's praises: "Dave was one of the funniest, smartest, most creative and energetic persons I've known," he said. "He was brash sometimes, always crass, irreverent, he was hilarious in every way. But he was also deeply intelligent and interested in life, history, politics and art," via Style Weekly.

"It shocks and saddens me that he died that way," Bishop added as the cause of death was announced. "It does not diminish what he meant to me and people all over the world. People should remember what he did instead of how he died. That's what is important."

The remaining members of the band will be performing at a "Viking funeral" for Oderus Urungus on the 15th August at Hadad's Lake, the site of the annual GWAR-B-Q. 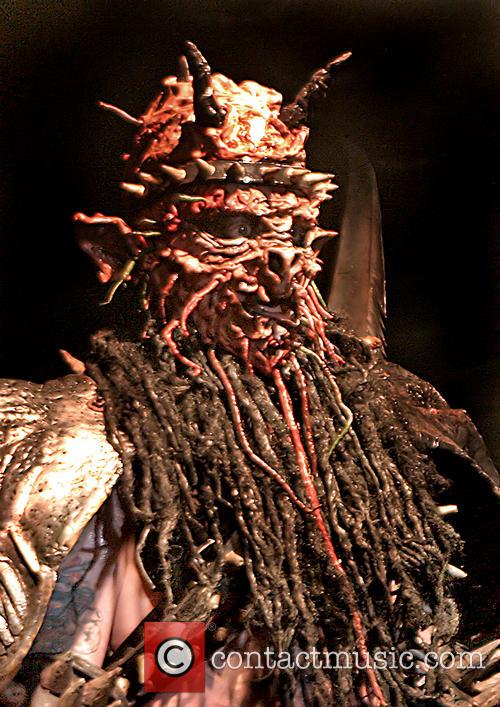 David Brockie, Of GWAR Fame, Was Killed By A Heroin Overdose.