Robert Downey Jr. will only sign on for 'Sherlock Holmes 3' if it excites him enough to make it, according to screenwriter Drew Pearce. 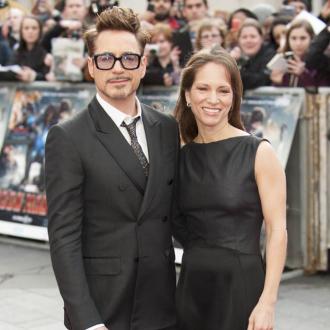 Robert Downey Jr. will only make 'Sherlock Holmes 3' if it ''excites'' him.

The proposed third film in Guy Ritchie's mystery movie franchise won't go ahead unless its lead star is impressed by the script, according to screenwriter Drew Pearce, who has been hired to pen the film and recently co-wrote 'Iron Man 3', which also stars Downey.

Speaking to BANG Showbiz at the UK premiere of 'Iron Man 3' in London's Leicester Square on Thursday (18.04.13), he explained: ''At the moment with 'Sherlock', we've been so busy working on this that what we really need to do is sit down and work out - a bit like 'Iron Man' - if there's a story that we can put together that excites Robert enough to spend two years of his life making it.

''The amazing thing about where he is in his life now and in his career, he's only going to do it if he really wants to do it. That's the challenge we had going into 'Iron Man 3' and I think we succeeded, so we'll see what happens with 'Sherlock'.''