Movie director Guy Ritchie has a wedding guest list to rival the Oscars while Jamie Oliver will prepare food for the hungry celebs. 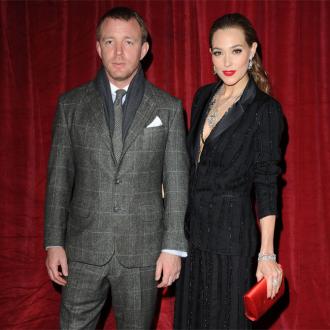 Guy Ritchie has a ''jaw dropping'' guestlist for his wedding to model Jacqui Ainsley.

The popular film director is set to marry his fiance of three years - with whom he has children Rafael, three, Rivka, two and Levi, one - surrounded by the creme de la creme of Hollywood and the showbiz world.

A source said: ''The guest list is jaw dropping. It's like the Oscars. If even half of them come, it will be like the party of the year. There are marquees being set up in the gardens and food by Jamie's (Oliver) chefs. It's going to be amazing. Guy is well connected and well liked, so it's no surprise there are so many people invited to his wedding.''

Top of the list are actors Brad Pitt and Angelina Jolie, closely followed by David and Victoria Beckham and George and Amal Clooney. Best pals Sting and wife Trudie Styler will also be invited along to the bash - to be held in Guy's Wiltshire stately home - as well as Gwyneth Paltrow and 'Snatch' producer Matthew Vaughn.

The insider told the Sunday Mirror: ''They're both mad busy so a honeymoon will have to wait but they wanted to mark the occasion with a special celebration.''

Guy Ritchie: I loved Guardians of the Galaxy