Are Axl Rose and Slash finally ready to bury the hatchet and perform together again?

Rumours of a Guns N Roses reunion have certainly been heating up recently and according to reports it’s officially on, with the band set to play next year’s Coachella festival. According to Billboard, multiple sources have confirmed that the band will headline next year’s festival, with founding members Axl Rose and Slash sharing a stage for the first time in over 20 years. 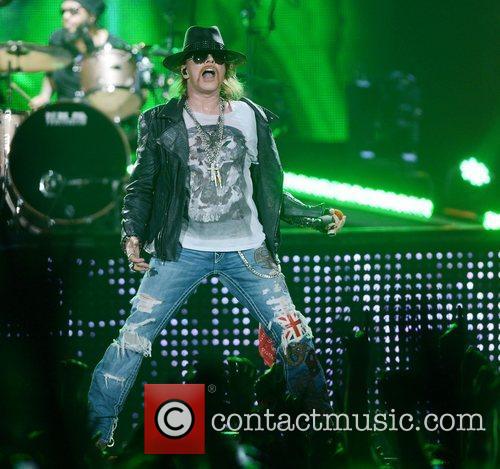 Are Guns N Roses set for next year’s Coachella festival?

Billboard reports that the band will headline the annual festival in Indio, California, which is set for April 15-17 and April 22-24. The reunited band is also said to be negotiating with promoters to play as many as 25 football stadiums across North America in the summer of 2016.

They’re also said to be scheduled as one of the first acts to play the new Las Vegas Arena, which will on open April 6. According to Billboard the band are asking for as much as $3 million per show, with tickets peaking in the $250-$275 range.

Representatives for both the band and Coachella could not be reached by Billboard for comment on the reports. The last time Axl Rose and Slash shared a stage together was on July 17, 1993 at River Plate Stadium in Buenos Aires.

But recently hints have been dropped that a possible reunion was on the cards. Firstly on Christmas Day, the band updated their website, removing certain pages and adding the classic G’n’R logo to the homepage.

More: Have Slash And Axl Rose Finally Buried The Hatchet?

Then, during some screenings of Star Wars: The Force Awakens, an advertisement for the band was shown, which featured footage of a concert crowd with ‘Welcome To The Jungle’, from their Live Era ‘87-’93 album playing.

Back in August, guitarist Slash revealed to Swedish website Aftonblade, that after over 20 years he and Axl Rose were finally on speaking terms again. When asked if he and Rose had ‘made friends again’ Slash said, "It was probably way overdue, you know. But it's very cool at this point to dispel some of that negative stuff that was going on for so long."