“I was reminded of the significance the band and the records have had for people. That is almost a surreal kind of feeling," he continued. "After being away from it for so long, and going out and having the enthusiasm and love that people have shown the band, it’s very humbling.” 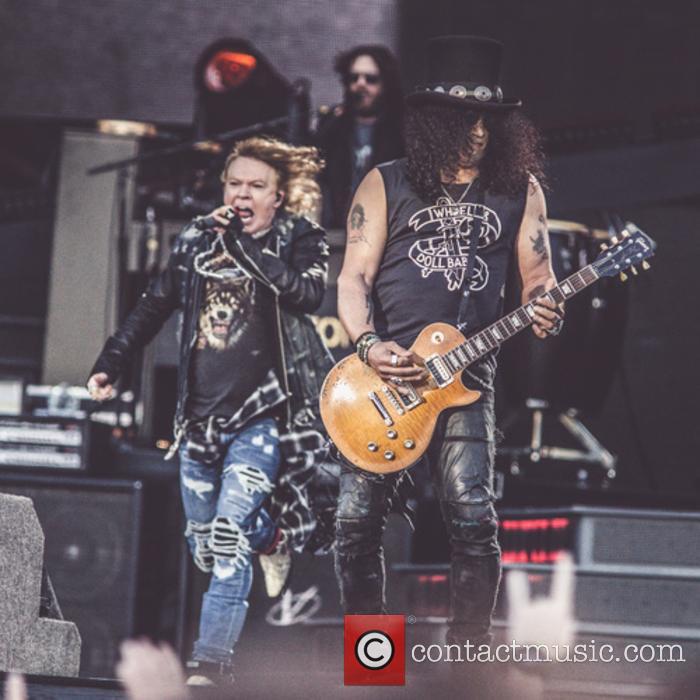 So, things sound encouraging for some brand new material from Guns N’ Roses. Not counting the debacle of 2008’s Chinese Democracy album, it will be the first record to feature (most of) the classic line-up of the band in 25 years. Slash had previously hinted that the group was thinking long-term and might have new material up their sleeves, revealing that lead singer Axl Rose had been working on songs too.

More: Foo Fighters and Guns N Roses team up for ‘It’s So Easy’ at Firenze Rocks

“I think we’re going to go well on into the future,” he explained earlier this year. “I mean, Axl’s got a ton of shit that he recorded already, so we’re going to get in there and just start getting into that thing, and then if we do a record and then do a tour, I could see that cycle going on endlessly.”

Only rhythm guitarist Izzy Stradlin and drummer Steven Adler are missing from the classic G’N’R line-up that recorded 1987’s all-time classic debut Appetite For Destruction. Slash, Rose and bassist Duff McKagan are on board, fortified with a backing band of Dizzy Reed, Melissa Reese, Richard Fortus and Frank Ferrer.

Recently, Slash hit back at fans upset at the high-price of the exhaustive 30th anniversary box-set for that debut, which was on sale for $999.

“A lot of people were complaining about the price of it, but there’s so much stuff in there,” he previously told Revolver. “And the box itself is this wood thing that’s hand-done in leather. You can get all the material in a less grandiose package. It’s really cool. For me personally, it was cathartic to get that stuff out there.”