Slash Begged British Tenor To Be In Velvet Revolver 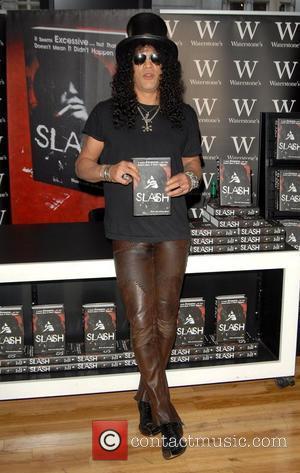 Former GUNS N' ROSES guitarist Slash is an unlikely fan of British tenor RUSSELL WATSON - and even invited the singer to join his new band Velvet Revolver. The PARADISE CITY hitmaker, who boasts some of Watson's records in his music collection, made the offer after being blown away by the opera star's thunderous voice. Watson recalls, "I was doing a programme on rock music for the BBC and I travelled to Los Angeles to interview Slash. "He was setting up Velvet Revolver at the time and we got chatting. He asked me to sing, so I belted out a bit of opera. "He was like: 'Holy s**t, man! What a voice! We're doing rehearsals for a band I'm setting up. You'd be so hot in it. I'd love to hear you singing our stuff.' "He actually had a couple of my records. It was very bizarre, but nothing came of it."