GUNS N' ROSES join Avenged Sevenfold and Ozzy Osbourne at the top of the bill for Download 2018.

Reformed rock legends Guns N’ Roses have been revealed as the third and final headliners for the 2018 edition of Download Festival.

The group will headline the Saturday night of the three-day festival, which is due to take place at Donington Park from June 8th to June 10th. They join fellow rock legend Ozzy Osbourne and the heavy metal outfit Avenged Sevenfold at the top of the bill. 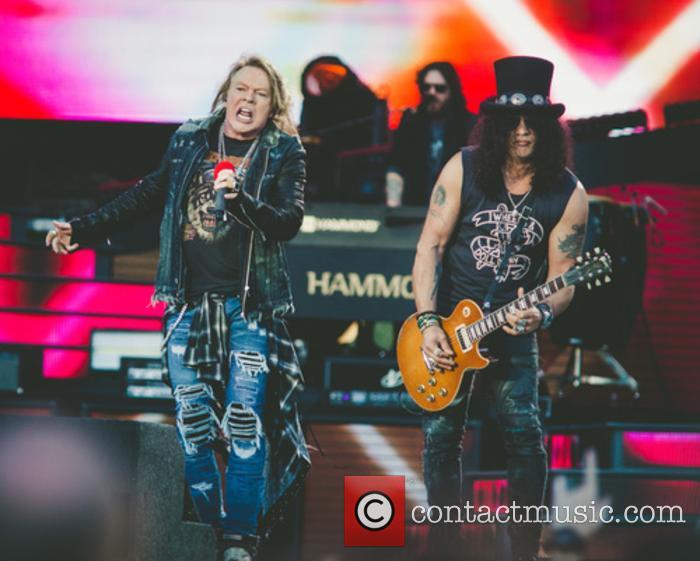 That line-up formed the basis of last year’s massive Not In This Lifetime tour, which began in April 2016 and is still ongoing, set to finish up at Inglewood’s The Forum venue in Los Angeles on November 29th.

Avenged Sevenfold and former Black Sabbath singer Ozzy Osbourne, striking out on his own after his band’s finale to headline Download for the first time by himself, were both revealed as headliners earlier this week.

The festival’s promoter, Andy Copping, said in a statement on Friday morning (November 10th): “It’s great to have this iconic line up of Guns N’ Roses headlining at Download. I am sure I am not alone when I say I have been wanting this to happen for years. It will be an incredible show and will be one of the highlights of the Download weekend.”

The 2017 edition of Download featured headline performances from Scottish rockers Biffy Clyro, American legends Aerosmith, and alternative metal icons System of a Down.

More: Guns N’ Roses rake in $230 million on Not In This Lifetime world tour