Guns N’ Roses are usually known for two things these days: playing really really large places and turning up really really late to play them. So a bit of a surprise then to discover that Axel Rose and the gang turned all those pre-conceptions on their head in a Brooklyn Bowling Alley by, um, playing it.

It wasn’t quite the perfect game from Rose and co, as they turned up 15 minutes late on stage – but heck even that’s pretty excellent by their standards. The band played a special event at the Governors’ Ball gig at the Brooklyn Bowl to punters who’d paid $150 for the privilege and Rose was in his usual detached, holier-than-thou mood, wearing a fedora on stage that might possibly have been ill-advised.

No matter though because Guns N’ Roses brought the hits! Oh boy did they, including Welcome To The Jungle, Sweet Child O’ Mine and –well – you don’t need us to write out their list of hits, you know them all. The room was tiny but that didn’t stop Guns N’ Roses attempt to make the same amount of noise as if they were playing one of the country’s largest stadiums, the reverberations probably giving them a whole score board’s worth of strikes without even bowling a ball (and there was none of that allowed either while they were on stage.) According to MTV, the biggest surprise was how professionally it all ran, the band ripping through their set, in spite of all the solos (all three guitarist got one.) Impressive stuff. 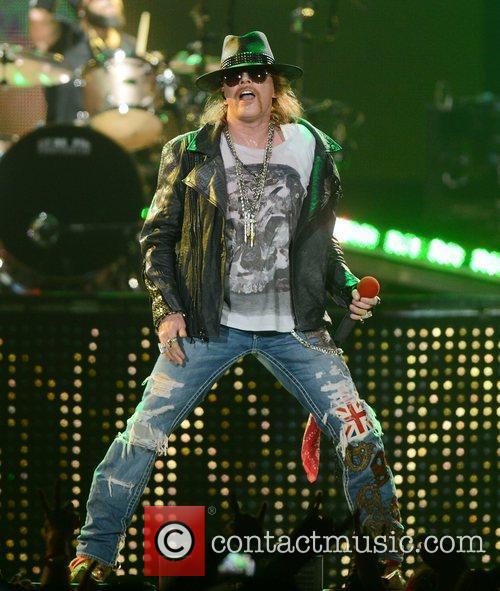 Guns N Roses at the O2 in London, where they're more accustomed to 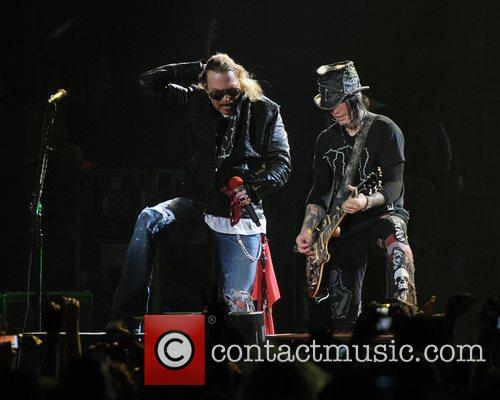